Stay up to date on Pony Pod at Show Pony Express! 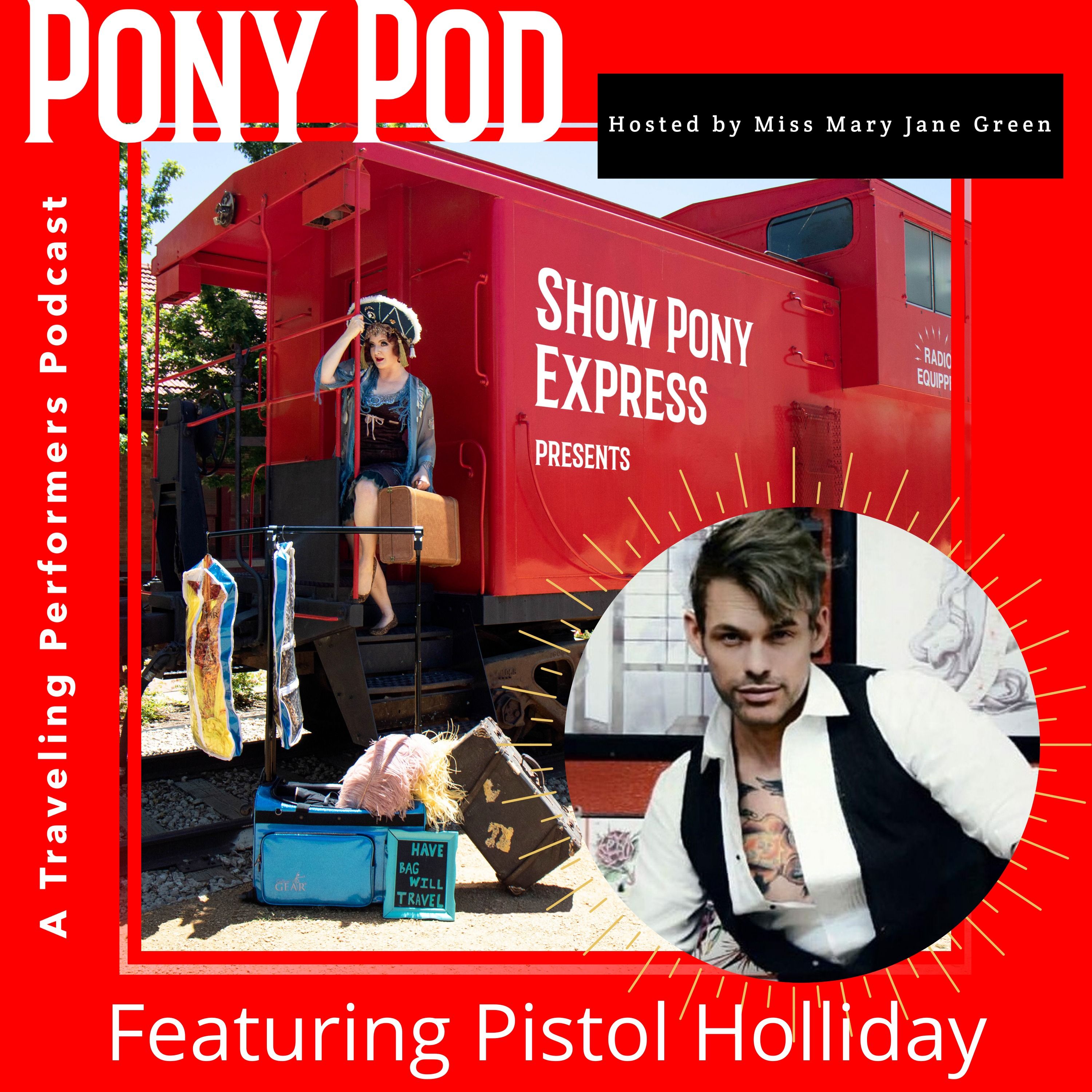 Multi-talented powerhouse Pistol Holliday, who lives dually between Amarillo and Las Vegas, sits down with MJ to talk about being a bar owner in the Panhandle, growing up in El Paso, the importance of surrounding yourself with people who want you to succeed, various side hustles, red carpet experiences and what it was like being a first time feature film director that wrapped filming right before the time of COVID.

Pistol Holliday is a traveling burlesque performer and actor/producer/director from the great state of Texas growing up on the border in El Paso. A classical ballet dancer turned actor he danced for companies in Colorado, Texas and in New York City before turning his passion towards theatre. He has worked in many regional companies across the United States and also in several National Tours with shows A Christmas Carol, The Pajama Game and RENT. He began to focus his studies w internships at the Stella Adler School for Acting and has a BA in Dance from West Texas A&M University. As a businessman he is also a bar and venue owner in Texas . He ventured into Las Vegas where he became the choreographer and eventually director of the show Evil Dead the Musical on the Las Vegas Strip. It is in Vegas, he began to work in film and now splits his time between the two, producing shows at his venue in Texas and working on his acting passion in Vegas and other various cities. He also is a producer and now director of film in Las Vegas, Arizona and Los Angeles. In the world of burlesque Pistol Holliday has been featured in many festivals and shows  from Las Vegas , Seattle, Cleveland, Hollywood, Georgia, New Mexico, Arizona and served as a National Mentor for the Golden Legends Championship Challenge. Ronnie is the proud co owner of the RR Bar Amarillo in the panhandle of Texas, which hosts traveling burlesque performers from all around the nation.

If you enjoyed this episode please subscribe, leave a review and tell your friends.

Are you or do you know a traveling performer? Interested in being featured on the show? Interview queries accepted via email.

Stay up to date on Pony Pod at Show Pony Express!

Email has been submitted.